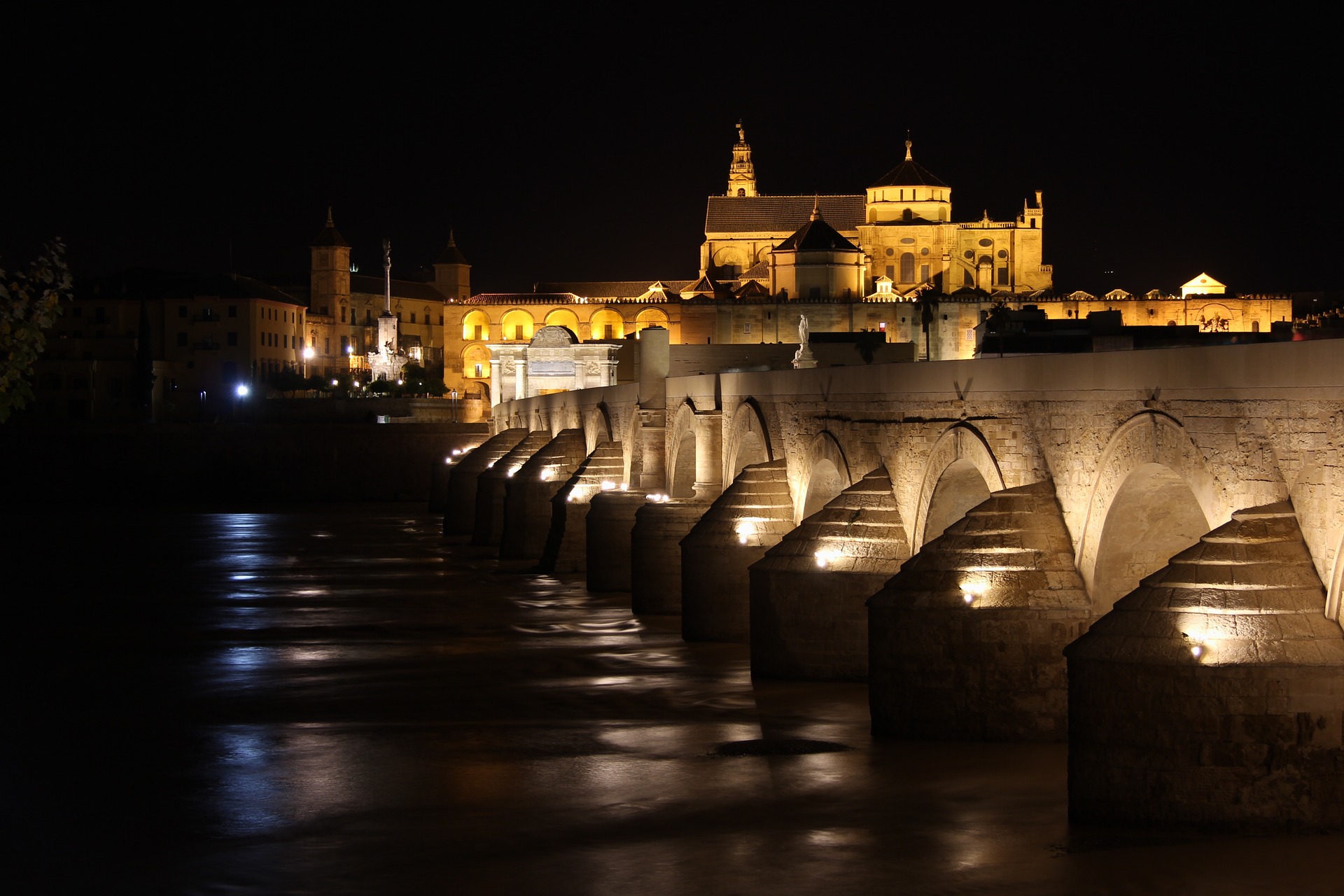 Córdoba, a city of romance

Situated about 1.5 hours from Higuerón West, the city of Córdoba could be described as the romantic capital of Andalucía. Smaller than Granada, it is a medium-sized city with a large historic centre and the lingering presence of the many different civilizations that shaped it. Its dreamy position on the Guadalquivir river surrounded by fertile lands and rolling plains made it an important centre in Roman times, and repeated during the Moorish era, when it was centre of the Caliphate of Córdoba.

Much reminds us of these eras, from riverside towers and bridges dating back to the Romans, to the maze of little streets and squares that make up the historic centre of town, where the erstwhile Jewish quarter, the Judería, and the former mosque are two of the most-visited features of the city. Indeed, the mosque – which also houses a cathedral built within it after the Christian Reconquest – is the exotic symbol of this dreamy, romantic city that retains so much of that unique Andalusian spirit.

The fact that Córdoba was also a beautiful place in Baroque times is evident in grand historic buildings and cathedrals; on a hot day, the evocative gardens of the Alcázar de los Reyes Cristianos, with their burbling aqueducts and fountains, soothe body and soul alike. You may also wish to admire the beautiful ladies captured by classic painter Julio Romero de Torres in one of the city’s many great museums, or simply immerse yourself in the charming beauty of the historic centre, where the whitewashed walls are covered in flowering pot plants and you catch a glimpse of the pretty courtyards typical of this region.

A city that celebrates beauty

From the paintings of Romero to festivals that celebrate the flowering pots and patios of its old town, Córdoba is a city that celebrates beauty in its most natural form. May is the time to visit, as in addition to (usually) offering the ideal weather conditions, it is also when three of Córdoba’s most important festival are held.

Las Cruces de Mayo kicks off a lively month with a display of crosses decorated with colourful flowers. The competition to create the best floral decoration is accompanied by traditional music, food and of course, wine.

Los Patios de Córdoba follows in the second and third weeks of May, when many of the historic homes in the centre open the doors to their flower-filled patios to the public. Both the floral and architectural beauty of each competing patio is assessed by judges, and the process produces not only a proud winner but also forms a popular attraction for visitors from far and near.

La Feria de Córdoba is the city’s very own version of the many annual town festivals held across the region and indeed the country. Lively and colourful like the famous ferias of Sevilla and Málaga, it is also a time in which to enjoy local food, wine, sherry (including Amontillado from nearby Montilla), music, dance and join the traditional Andalusian merriment.

One of Andalucía’s cultural gems, Córdoba is sometimes overshadowed by Granada, Seville and Málaga but very much worth not just a visit, but a short stay and regular return trips, for it still embodies the charm and exotic elegance of the region like no other.

We’re used to our share of firsts at Higuerón West thanks to an innovative and forward-thinking approach to everything we do, above all property development it...

Among the many pleasures of living in southern Spain are the local culture and traditions. Spain is a land rich in these and Andalucía is perhaps the most iconic of ...

Córdoba, a city of romance

Situated about 1.5 hours from Higuerón West, the city of Córdoba could be described as the romantic capital of Andalucía. Smaller than Granada, it is a...