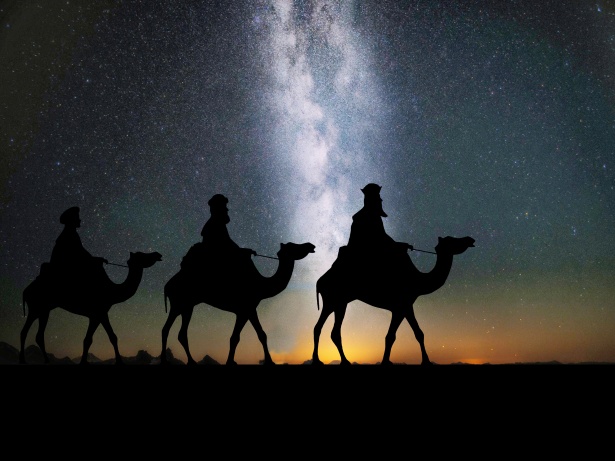 As with many things cultural and practical, Spain is both European and distinctly exotic, creating a mix that makes Christmas here quite unique.

To begin with, it may be just that little warmer here than in traditional Christmas locations in Northern Europe and North America. In fact, some years it’s even possible to walk around in shorts when other countries are clearing away the snow and ice, but not only does this not dampen the seasonal ambience, it’s really only one of many ways in which the Spanish Christmas experience is refreshingly different and offers exciting new things to discover.

For one thing, Christmas here lasts longer, with the lights going up at the end of November and only coming down after the first week of January, when the festivity officially comes to an end. Things really get going on the 22nd of December, the day of El Gordo – Spain’s special Christmas lottery and the biggest of the year. Individuals, families, friends, colleagues and sometimes whole businesses club together to buy tickets, and watching the draw by members of an orphan school is a long-held tradition.

The run-up to Christmas is one marked by the lighting of the traditional street decorations, when Marbella and especially Málaga bedecks itself with a dazzling light display in every imaginable colour and tone. Málaga’s historic centre has one of the most beautiful Christmas light extravaganzas in all of Spain, nay Europe, including even a choreographed show where the bulbs ‘dance’ to music every hour or so. The scene is accompanied by large and intricate nativity scenes, chestnuts roasting on the sidewalks, company dinners and a host of charming Christmas markets all along the coast, while restaurants serve up special menus and the El Corte Inglés department store and La Cañada shopping mall, as well as the beautiful charming historic centre of Marbella, become the focus of families shopping for Christmas gifts and goodies.

In keeping with the rest of the European continent, the big event is Christmas Eve on the 24th, when families get together for a festive feast, and watch the celebrations and seasonal films on television. Modern families will focus on turkey or beef, but the classic dish could involve rabbit but is more likely to focus on fish or seafood, for this is still in essence a Catholic country. Desserts and sweets are also an integral part of Noche Buena, so stock up on your chocolates, dried nuts and figs, and of course on the Spanish nougat known as turrón.

December 25th is known as Navidad, and it sees the previous night’s feast followed up with a lively family lunch, when dishes such as lamb are big favourites. Beware of the 28th, Día de los Santos Inocentes, which is Spain’s equivalent of April Fool’s Day and the moment to be watchful of your friends’ pranks.

The run-up to New Year’s sees the continuation of Spanish Christmas amid a build-up of excitement for the little ones, who eagerly await their gifts on the 6th of January. Known as Reyes, this is the official highlight of the season in Spain, and a time when children line the streets to see the procession of the Reyes Magos (the Three Wise Men), who not only look imposing in their ancient finery, but throw sweets into the crowds. Children will have woken up to their new presents and the traditional Roscón de Reyes cake on the final day of the Spanish Christmas season, which is dedicated to the nation’s kids – leaving you to ease into the post-festivity year on the seventh.

The creative force behind the Arara and Sollo fine dining restaurants at Higuerón West, Diego Gallegos, is known for being a pioneer in the culinary world, who is...

Enjoy an incredible variety of museums exhibiting everything from vintage cars to collections of art pieces from the 21st century. We have prepared a list of our favorite...

Every year in April, the Feria de los Pueblos brings a festival of international fun, food and brotherhood to Fuengirola’s Recinto Ferial, the charming fairground nea...