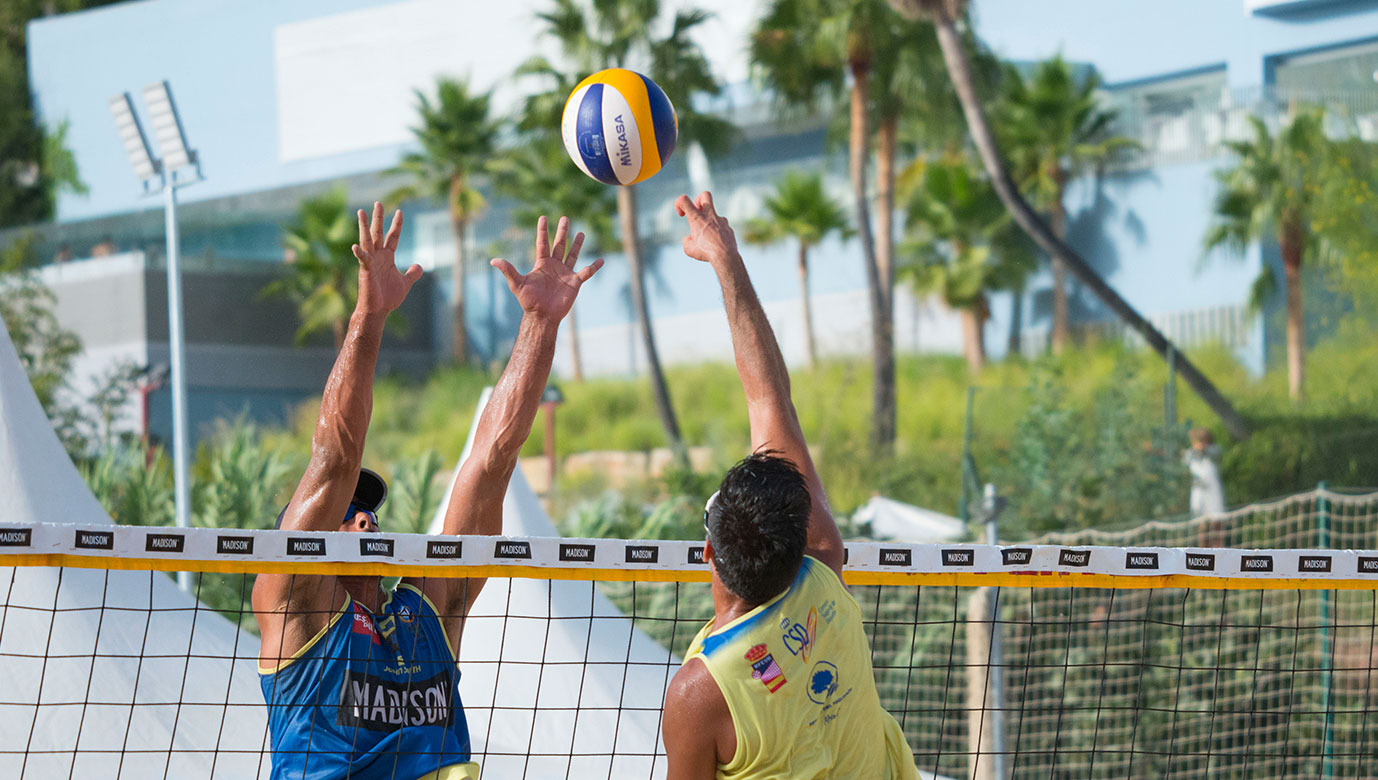 A summer of beach volleyball at Higuerón

The beach volleyball facilities at the Sports Club of Reserva del Higuerón Resort are second to none in this region, offering enthusiasts the chance to play and watch national and international tournaments on their doorstep.

This year, the four courts and beach volleyball school will not only form a focal point for amateur teams but also for a series of leading tournaments, including the MADISON Beach Volley Tour. The latter, which is sponsored by leading national and international brands, travels throughout the country to offer a summer season of top-level competition beach volleyball in the championship conditions of the top clubs in the country.

Among them is Higueron, whose facilities are among the best in the country, and it is here that the finest Spanish male and female players will do battle within the attractively green and panoramic surroundings of the Reserva del Higuerón Resort. The cream of the sport in this country will crown the summer season at Higueron with the Campeonato de España – the Spanish championship title from 29th August to 2nd September.

Visitors will have access to the fantastic amenities of the beach volleyball club, which forms part of the greater gym, spa and sports club adjacent to the completely refurbished and recently re-opened Curio Collection hotel at the Reserva del Higuerón Resort. The action will take place on almost 4,000m2 of sand courts surrounded by comfortable seating areas. The title match will be widely covered in the press, bringing much attention to the exciting new development that is taking place at the adjoining Higueron West private residential community.

The Higueron sports complex is already renowned for its amenities and coaching standards, but this summer it celebrated the opening of the Taekwondo school of world champio...

Is it paddle or padel?

The game known as padel in Spanish and paddle tennis in its semi-official English translation is a fascinating mix of conventional tennis and squash. The balls, net and sco...

While the Costa del Sol is fast developing a name as a culinary destination, the main focus of attention is on Málaga and Marbella, with its Golden Mile and Old Town...