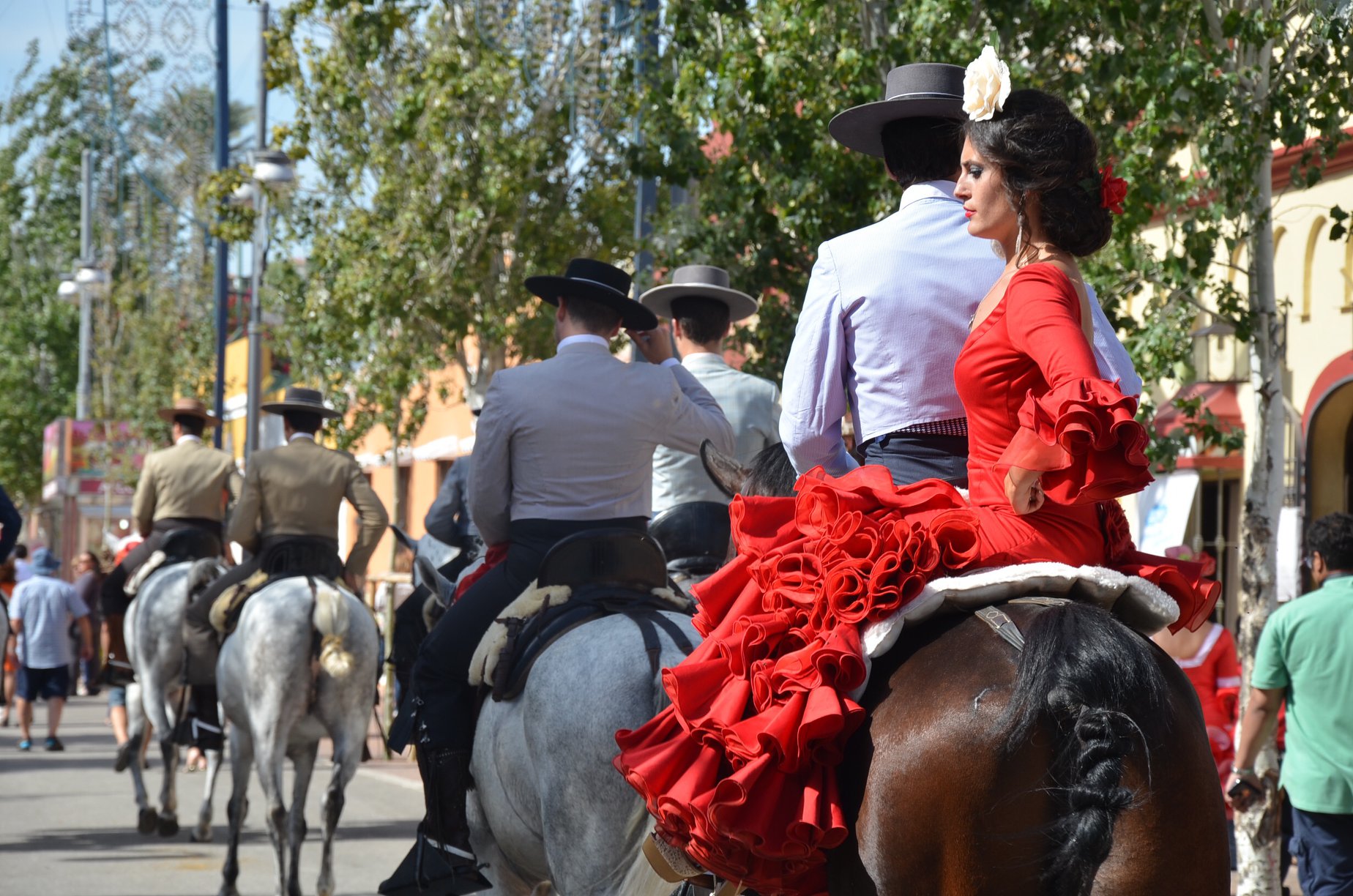 Among the many pleasures of living in southern Spain are the local culture and traditions. Spain is a land rich in these and Andalucía is perhaps the most iconic of all, so even if you don’t agree with bullfighting and flamenco is not your favourite, there is much to see and experience in this region that you simply wouldn’t be exposed to back home.

Among the most famous traditions are the annual ferias (fairs) organised by towns, cities and sometimes even suburbs, across Spain. They are lively affairs, in contrast to the soberer but equally fascinating spectacle offered by the Easter processions of Semana Santa. Related to the latter are the Rocíos and Romerías of different towns and regions. In essence they are pilgrimages, usually starting in the town centre and leading through the countryside to a shrine (hermita) or country chapel.

El Rocio is a cultural festivity as much as a religious tradition, and involves different ‘Hermandades’, or brotherhoods, which represent churches from specific suburbs of each town. Though it is by no means prescribed, many of those who take part in the celebrations and the trek to the shrine or chapel don traditional clothing – sometimes even replacing four by four vehicles with original horse-drawn carts. Others ride on horseback or walk, while the less mobile will take bus rides directly to the final destination.

The Rocio of Fuengirola

The celebrations of the Virgen del Rocío are held each year on the Monday following Pentecost Sunday, so the exact date varies depending on when Easter falls. The festivity has its roots in the 13th century, when a hunter from the village of El Rocio in Almonte, in the province of Huelva, discovered a statue of the Virgin Mary hidden in a tree trunk within what is now the Doñana Park. A chapel was built on the spot and it became the site of the biggest pilgrimage (or Rocio) in Spain.

Indeed, while the main focus is the village of El Rocio de Almonte, which although small, hosts up to a million visitors each year, the Rocio is still celebrated across the country in towns and villages today. The event in Fuengirola is one of the main annual celebrations in the town, and sets off from its centre to the shrine in the hills. It is a colourful occasion full of Andalusian folklore, and those who make the trek, which to its fullest extent can last up to four days, traditionally also sing Rocieras, which accompanied by Spanish guitars depict the story of the Virgen del Rocío.

For more information, visit www.rocio.com, but make sure you don’t miss this beautifully evocative event, which will have you reaching for your camera to record a truly special and uniquely Spanish celebration that transports you back to another age.

Every year in April, the Feria de los Pueblos brings a festival of international fun, food and brotherhood to Fuengirola’s Recinto Ferial, the charming fairground nea...

The creative force behind the Arara and Sollo fine dining restaurants at Higuerón West, Diego Gallegos, is known for being a pioneer in the culinary world, who is...

Cádiz is in every way a unique city. Ancient, rich in history, situated at the end of a narrow land bar surrounded by water, and unlike any other in its singular cha...