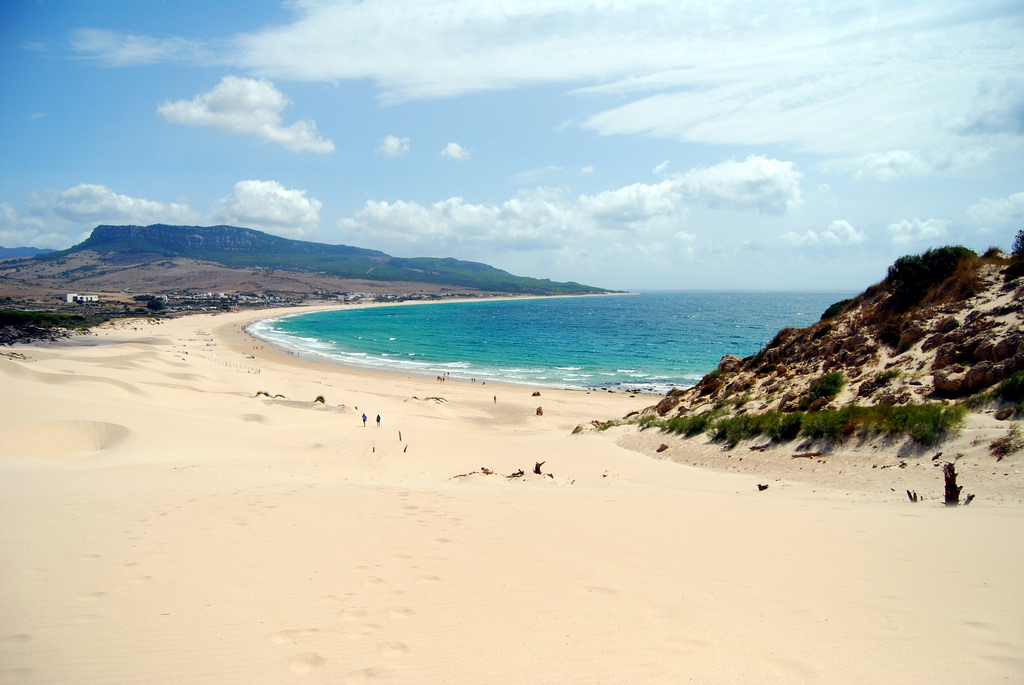 Cádiz is in every way a unique city. Ancient, rich in history, situated at the end of a narrow land bar surrounded by water, and unlike any other in its singular character, it stands out among even the stunning historical cities of Andalucía.

Situated at the western end of the Costa de la Luz, the Atlantic coastline west of Gibraltar and Estepona, it is also just south of the iconic vineyards of Jerez de la Frontera, the city forever immortalised by sherry, flamenco and the Spanish equestrian tradition.

Arriving here is an occasion in its own right, as you ‘leave’ the terra firma of Andalucía to follow a narrow land bar that offers views to the Atlantic Ocean on the left and the Bay of Cádiz on the right, as you make your way to the tightly packed historic centre.

Much of the centre of town has a baroque Spanish look, with grand palaces and townhouses, yet with over 3,000 years of habitation this is a settlement that goes all the way back past Moorish, and Roman times to when the Phoenicians founded it as Gadir and traded with the local Iberians.

There is evidence of this in the local museums, which contain everything from Phoenician sarcophagi to commemorations of the sacking and destruction of Cádiz by Francis Drake, the numerous slaving raids of Barbary Corsairs from North Africa, the Napoleonic Wars and the declaration of a short-lived liberal constitution in 1812.

It wasn’t far from here that Christopher Columbus set out to discover the Americas, and after Spain had created an empire there Cádiz became the first port of call for its fleets laden with precious metals, jewels and exotic foods and spices. This trade made the city one of the richest in the country, and the 100 watchtowers constructed by merchants to offer early sightings of the approaching treasure fleets remain a unique feature today.

The Torre de Tavira is open to public, offering fantastic views across the sea, bay and the rooftops of this city with its almost North African appearance. A camera obscura brings it all to life beautifully, while the aspect of the city’s seafront conjures up images of Cuba and Spain’s other former Caribbean possessions. Plaster-toned buildings add a touch of playfulness while the main cathedral looks almost Byzantine, to round off a city that is unique in every way.

This is also true of the annual February carnival for which it is so famous – a fun, riotous celebration that involves food, drink, merriment and above all fancy dress and music. For over a week – in 2019 it will be 28th February to 10th March – revellers flood the streets and squares as part of dancing and singing groups, or even choirs, that poke fun at everything from football players to politicians and celebrities. It’s a great way to let off steam in a fun way, and accompanied by typical Spanish good-humoured raucousness, so go out and explore this little world between land and sea.

You’ll find that – situated upon the Atlantic – Cádiz is home to some of the best beaches in Spain, with fine, light golden toned sand stretching along the narrow land bar out into open areas as well as within walking distance of the town and its hotels, apartments and even historic centre. The most classic of all is La Caleta, a delightful little beach set within a natural harbour that was already in use when the Phoenicians founded the city almost three thousand years ago. Your eye will dance upon the waves, following the outlines of the old fort and the charming little pier, with the historic centre of town right behind you – or watch the fishing boats come in with the day’s catch and follow them to one of the authentic little fish restaurants where fresh seafood is served with cool, refreshing bear or white wine, a time-honoured tradition.

The magic of Luna Mora

It may be hard to imagine, as you enjoy modern style and comfort in your Higuerón West apartment overlooking the Mediterranean Sea, but just a 40-minute drive fro...

Enjoy an incredible variety of museums exhibiting everything from vintage cars to collections of art pieces from the 21st century. We have prepared a list of our favorite...

Ferias, or fairs, are a way of life in Spain, and nowhere more so than in Andalucía, the southern region where many of the country’s traditions are most strong...